Analysing the history of Imola, it is easier than ever to grasp the close connection that binds the development of the city - as a political and industrial centre - and the increasing ability of its inhabitants to exploit the potential of the marvellous water systems that surround it. The Canale dei Mulini, originally used mainly for irrigation purposes, became in fact the engine for the development of an extraordinary series of other activities, which offered an important support to the local economy: from the milling of olives to the production of energy for the ceramics industry, to a major improvement in hygienic conditions, the possibilities offered by the aquatic complex of Imola contributed more than ever to the economic and social evolution of the city.

If the Canale dei Molini line was created with the precise intention of paying homage to the Imola territory, stressing the deep bond it maintains with its past, it certainly could not fail to pay tribute to the central role that this extraordinary aquatic system played in the sphere of the economic progress of the area.

Hence the choice, as a name for our Albana, of Gualchiera, from the name of pre-industrial machinery used in the wool industry - particularly flourishing in the Imola district - to perform the so-called fulling of fabrics.

This water-powered machinery was often located in buildings near the canals, which themselves took on the name of Gualchiera: so it’s not surprising that among the more than twenty mills that up to the twentieth century drew energy from the canal water, one of them bore precisely this name.

Gualchiera, faithfully respecting the spirit of the Canale dei Mulini brand, presents itself as a wine that intends to honor a noble wine tradition that, in this case, has as its protagonist the Albana vine, a real golden treasure that precisely in Imola finds one of its most celebrated lands of choice.

Full, substantial, but at the same time lively and fresh, characterized by a mixture of unmistakable aromas and, from the very first taste, unforgettable. White blossoms and ripe fruit, herbaceous notes and sweet spices: the aromatic profile offered by Gualchiera is as complex as it is bewitching, inviting the partaker to the sip that completes the spell. 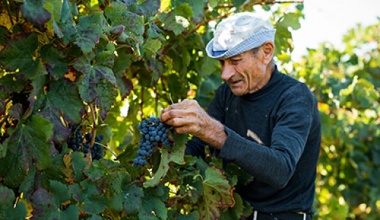 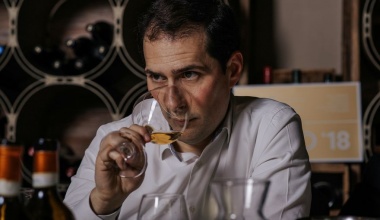